This isn’t the first time that Universal has been accused of unnecessary delays in paying claims. In 2013, the state of Florida fined Universal $1.26 million after state regulators determined the company had been slow-paying claims.

“It truly looks like nothing has changed. Currently, we have numerous cases filed in courts throughout West and Central Florida, where Universal specifically has underpaid or delayed payment for claims, and we’re just a small firm,” said Matt Mullinax, an attorney and partner at Makris & Mullinax, P.A. “In many of these cases, Universal has not only delayed payment, but when they have accepted coverage, they have chosen to pay much less than the amount necessary to fully repair the property.”

One of those cases is in Wesley Chapel, where newlyweds James Judge and Danielle Akenson suffered a loss at their home from an air conditioning system, which caused water damage throughout

“We did everything we were supposed to. We immediately notified Universal, contacted an emergency services company to assist with the dry out, and during that process mold was discovered,” Judge said. “We contacted the adjuster that Universal sent out the same day and provided him with photos and details of the mold, and then it took them more than a month just to assign a claim number. After several calls and emails without any information to report, a check showed up weeks later for significantly less than the actual damage without acknowledging the mold at all.”

Months went by while Judge and Akenson attempted to have Universal correct the wrong, but it never happened. In December of 2016, Judge and Akenson sought legal counsel and filed a civil remedy notice with the state, which required Universal to respond under Florida law within 60 days. On day 60, Universal responded. As of the date of this release, their home has still not been repaired and Universal has failed to remedy the situation.

“Ultimately, we would really like to start a family, but with a house that has tile ripped out, holes in the ceiling, and impending demolition and construction, we are trying to wait patiently until it is repaired,” said Akenson.

In another example of Universal’s poor practices, Orlando resident Magaly Acevedo suffered a water loss in February of 2017, which originated in her bathroom, and resulted in mold. Universal made a small payment, but refused to pay for the mold remediation without confirmation that the repairs had already been done.

According to Mullinax, under Florida law, Universal is required to pay for mold remediation that is covered under a policy up front, but they’re simply not paying for it.

“The adjuster told us flat out, Universal would not pay the homeowner for mold remediation until she spent the money herself and incurred it. Not only is this difficult financially for most homeowner’s, but it’s contrary to the insurance policy and Florida law,” said Mullinax.

Sadly, for Acevedo, the mold situation in her home has already caused her several trips to the hospital. In Judge and Akenson’s case, Universal has refused to acknowledge the presence of mold at all, despite documented reports providing evidence of the mold.

In addition to the refusal to pay what is owed, and the delays throughout the process, Universal has also ignored the courts.

“Besides demonstrating a pattern of bad faith in both of these cases, Universal has missed multiple court-imposed deadlines. In what amounts to a nearly unprecedented move, Universal was recently held in contempt of court for Mr. Judge and Mrs. Akenson’s case, which is something that I have never seen litigating hundreds of these types of cases,” Makris said. “This trend of Universal doing the bare minimum starts with the adjustment of a claim and continues right through litigation.”

“I suppose it really shouldn’t come as a surprise that Universal continues to report massive earnings when they collect premiums and then delay or avoid paying money that is owed to insureds,” said Mullinax. “What’s worse is that while all these millions are being made, it’s difficult to turn on the news or read the paper without hearing insurance companies complaining to Tallahassee about an ‘insurance crisis’ and trying to get laws passed that allows them to write policies that are even stricter, it’s just not right.”

Universal was contacted through their public relations firm and given the opportunity to comment for this article, but they did not respond to the request for comment.

Members of the media interested in interviewing someone on this topic should contact our PR firm by emailing justin.mayfield@judgepr.com or calling 813.279.8335. 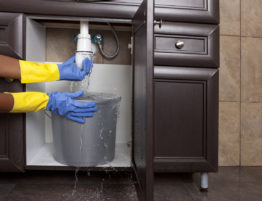 TAMPA, Fla. – Citizens Insurance, one of the largest homeowners’ insurance providers in Florida, is…